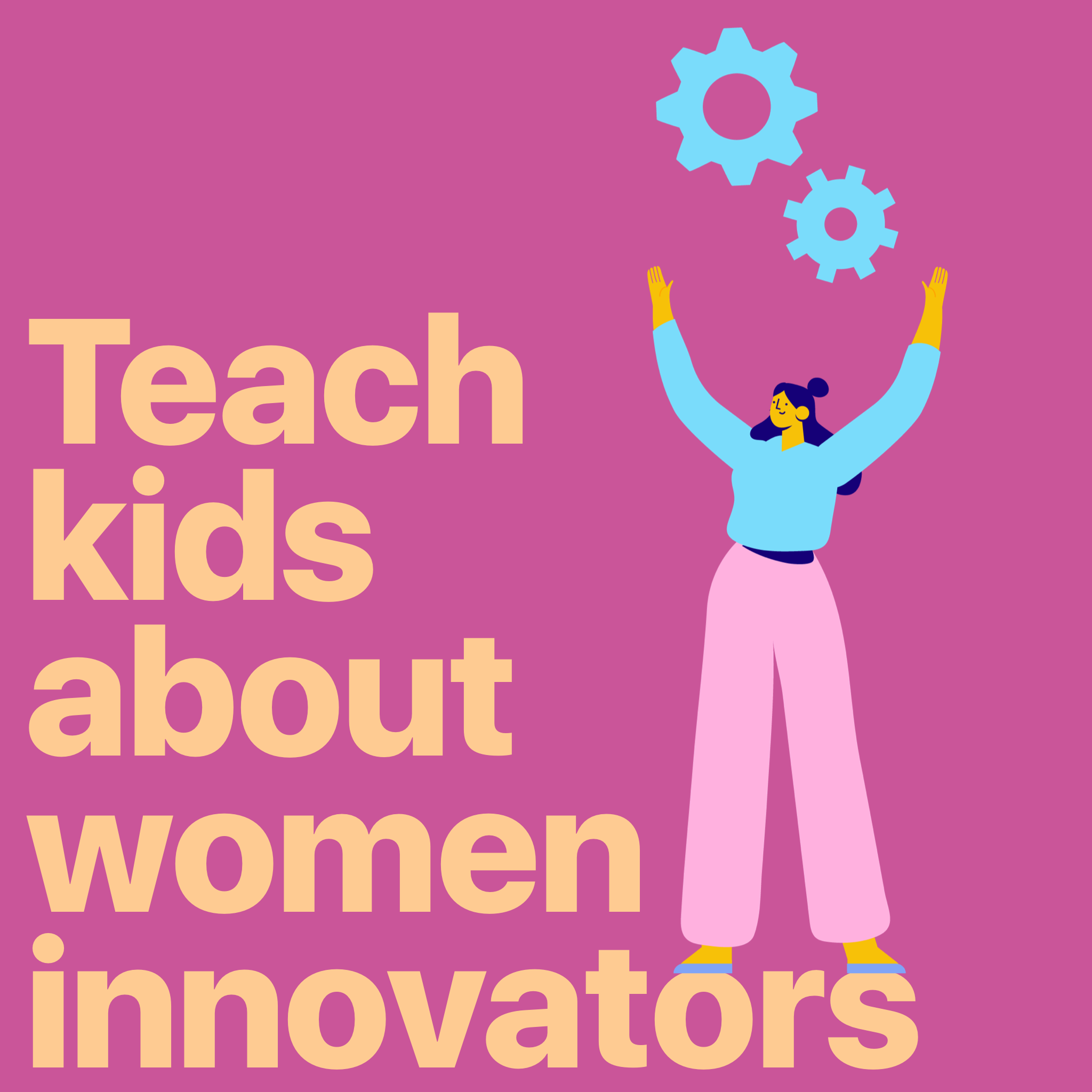 I’m sure most of us can agree that gender stereotypes are still a problem. It’s particularly bad in certain fields. For instance, stereotypes of what a scientist looks like, what an inventor looks like, and what an entrepreneur looks like, are unfortunately, still men. Women innovators just aren’t celebrated in the mass media or studied in schools. Everyone knows about Alexander Graham Bell, Henry Ford, or the Wright brothers but does anyone know about Radia Perlman, who holds more than 100 US patents and paved the way for the development of the internet? Or Beulah Louise Henry, known as “Lady Edison,” after she obtained 49 patents for her inventions? Or Carolyn Bertozzi, named on 50 US patents, who invented her own field of study: bio-orthogonal chemistry. The list goes on and on. And yet, we know nothing about these incredible visionaries.

Young girls don’t see themselves represented in these fields and internalize these social cues that men are better at math, science and innovation. Then they are less likely to pursue these fields as a result.

In the past couple of years, a few books have come out that can help us teach our daughters (and sons) about numerous women pioneers: Women in Science by Rachel Ignotofsky and Good Night Stories for Rebel Girls. Both books are great for young readers or can even work for bedtime stories for younger kids. Good Night Stories for Rebel Girls also has a great podcast where each episode is about a different revolutionary woman.